Greetings, I hope this message finds you and your family in great health!

Chess is an amazing pastime. It never ceases to amaze me, how a well-schooled 7 year-old can give a much older and experienced player a serious challenge! Frankly, more times than not actually win and win convincingly.

As a student in  Junior High School, I was able to be in the advanced programs which in many ways makes you the "creme de la creme" among your peers, but I was always a borderline honor roll student, but there were guys in my class who were dominate in school as I reminisce, I can remember a small 5-7 group of guys who were very knowledgeable on chess and were considered very good at the game that frankly intimidated me. The social circle that I grew up around at home, was unable to teach me, hence, the inherent fear.

Retrospectively, had I taken to Chess like I went at Sports, particularly basketball, there is absolutely no telling where I would be now in the game of Chess, but more importantly in the game of life!

Chess opens your mind, improves its capacity to absorb knowledge and strengthens critical thinking Skills, these attributes alone should make the decision clear to at least introduce the game to your child. Trust me, they will thank you later.

We strongly urge females to learn the game of Chess. Once she learns it, she can introduce it to her family. The mother is the original teacher, whatever is in her, will more than likely come to her children. Our emphasis on teaching is paramount for this generation and the generations yet, unborn.

Introduce this game to your co-workers, neighbors, family and friends. The unifying power of Chess is self-evident in the short-term, the mid-term and long-term. Simply, introduce it as a gift to someone you care about. This game can be played by people who are age 6 to 96.

I hope that you live to age 100 and me 100 minus a day, so I will never-ever know that a good person like you has passed away! 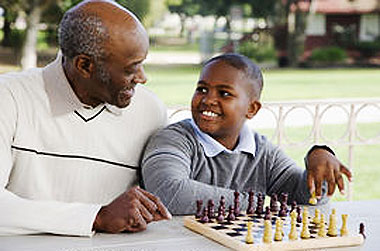 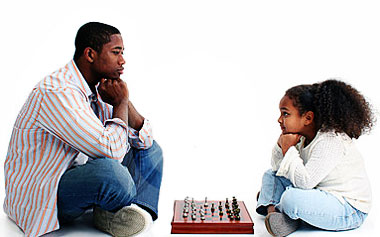